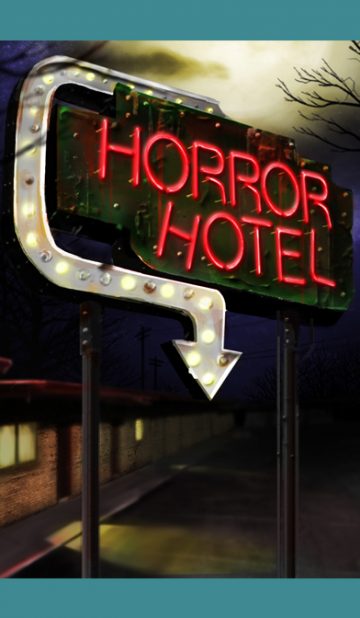 All plot summaries are different for the different episodes of Horror Hotel. Episode “Tilt” centers around the kidnapping of a computer spyware hacker by a petty criminal and his sidekick Skinny, a cute android. They are successful in their kidnap caper, but the Android and the hacker join to turn against Merle, the criminal in a twisted plot. Episode “Guillotine” is about a beauty pageant contestant and her friend who agree to meet up at the hotel to swap a luxury car for a artifact reputed to turn women beautiful and irresistible. The girls wind up fighting to gain possession of the magical charm. Episode “Bookworm” is about a psychotic woman, Margaret Tally, who meets up with a book dealer, George Spoetzyl, on the road to a book show at a seedy motel to swap some antique books she has for unpublished manuscripts of her favorite author. She can’t produce the goods and she comes with more to barter with. Before the deal can be sealed, however, Spoetzyl insults the author and turns Tally into a murdering lunatic. Episode “Invader” – Sci-fi writer Rodney Silvers has checked into the seedy motel to finish up a sci-fi novel he is writing. When the electricity goes out at the motel, the crazy residents blame Silvers as a real alien planning an invasion. Problem is, one of them is actually the alien. Episode “Tesla’s Tooth” – Curley the gangster has possession of a mind reading tooth invented by Nikola Tesla and has taken it to electronics genus Fat Zac to retrofit in to his mouth for an advantage in a poker game. Curley insults Zac, who in turn adjusts the tooth to make Curley subject to his instructions. Episode “Houdini’s Hand” – Two burglars steal the mummified hand of dead magician Harry Houdini. The had escapes it’s ornate box in the motel room, locking them in and terrorizing them. 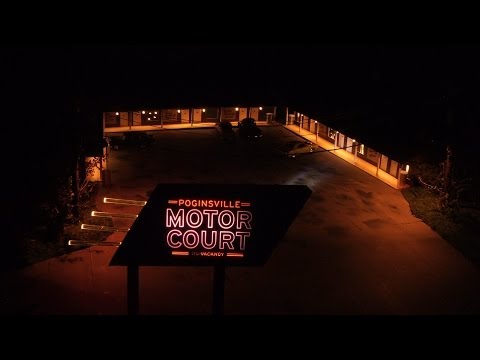