This year’s London Korean Film Festival welcomed an impressive number of high profile directors, producers and actors from across the large spectrum of the Korean film industry. The opening ceremony had a large number of guests, including actor Kang Dong-won, producer Lee Jun-dong and director Yoon Jong-bin. But the closing ceremony, which is usually more discrete, was clearly as impressive, with actors Jung Woo-sung and Lee Jin-moo (short film: There is No Forest) delaying their flights to join veteran actor Ahn Sung-ki and attend the screening of his latest film, Im Kwon-taek’s Revivre.

Contrary to last year, however, there was no individual interview of the talents, and a limited number of group interviews, but plenty of Q&As after the screenings (14 including 2 introductions), by a total of 13 guests. The only group interviews that actually took place were with Park Chan-kyong (Manshin & Bitter Sweet Seoul) and Ahn Sung-ki (Revivre).

Our friends at MiniMiniMovie and HangulCelluloid were the only two to attend the Park Chan-kyong’s group interview, and you can find the full transcript here. We did attend the “In Conversation” session however, where Park introduced a short clip of his film Sindoan which will be shown as part of the exhibition at Iniva in January and explained his fascination for Mount Gyeryong, its paradise-like atmosphere and how numerous forms of shamanism have blossomed there. Both his strong background in art and his interest in Korean traditions, highlighted in his presentation, allowed us to understand why short film by French filmmaker Sebastien Simon, Buddhist procession in Seoul (부처님 오신날, 서울), was preselected, won an award and its director was invited to meet the the Park brothers in Seoul.

The other group interview was attended by many – including us -, and Paul Quinn at HangulCelluloid was kind enough, again, to transcribe it in its entirety. Ahn Sung-ki is a film legend with a career spanning more than a hundred films. We specifically asked about his comparison on working with Korean or foreign directors, in South Korea or abroad. It is worth noting that Ahn Sung-ki did come to shoot in the UK in 2011 for Pacemaker, in which he played marathon coach Park Sung-il. From the interview, we have understood that as a purist he had chosen not to work in TV dramas, and to stick to film only.

This year’s other attending actors had limited experience in Korean dramas: Jung Woo-sung most recent credits were Padam Padam… (jTBC, 2011-2012) and Athena: Goddess of War (KBS2, 2010-2011), while Kang Dong-won’s was 2004’s Magic (SBS). However, Super Junior’s Dong-hae expressed in his Q&A session his desire to act more, after his first lead role in omnibus feature film film The Youth and first full credit in a Korean drama in this year’s God’s Quiz – season 4 (OCN). Therefore, there is a high chance we will see him in more Korean dramas.

Videos will be published on our YouTube channel later on. 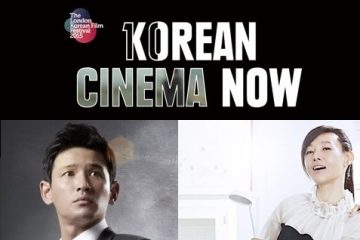 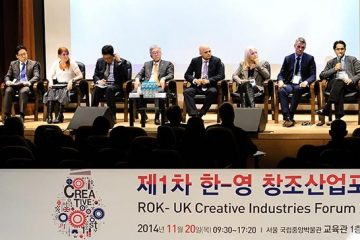 TV is part of the 1st Korea-UK Creative Industries Forum