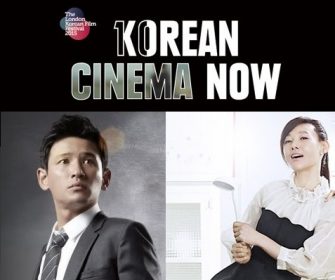 On October 6, the Korean Cultural Centre UK (KCCUK) unveiled the full programme of its annual London Korean Film Festival, which is celebrating its 10th year anniversary (interestingly, as old as the Seoul Drama Awards!).

The screenings will take place in ten venues across London, an impressive increase on last year, even more so as its usual location for opening and closing ceremonies, the ODEON Leicester Square cinema, was closed down.

This year, there will very little crossover with other aspects of Korean culture, especially compared with last year’s edition at which Kpop band Super Junior’s Dong-hae and Eun-hyuk were invited to perform and other guests, in particular Jung Woo-sung (Athena: Goddess of War, Padam Padam…), had wealth of experience in other areas than film, such as fashion and TV. But guests will still be numerous, with among the best contemporary Korean actors and some of the most promising Korean directors and producers.

Hwang Jung-min in particular is now regarded as a a cornerstone of Korean cinema, embodying quality acting at its heart, bringing truthful and touching performances to every role he plays. Probably the most recognizable face in contemporary Korean films, and a talented theatre actor originally, he has however made very few appearances in Korean dramas. He starred in successful KBS romantic comedy The Accidental Couple in 2009, and was also the lead in one of Chosun TV’s first dramas Hanbando in 2012. For the side note, we had mentioned his name for a worthwhile guest in the KCCUK’s questionnaire,  as well as the movie he will be presenting, the very successful and touching story Ode to My Father. Director JK Youn and producer Kil Young-min will also be there at the opening ceremony.

Moon So-ri is also mainly a theater-turned-film actress, but recently appeared in KBS2’s drama Unkind Women. Before that, she appeared in Drama Festival – Haneuljae’s Murder (MBC, 2013), My Life’s Golden Age (MBC, 2008) and The Legend (MBC, 2007). This will be her second time coming to London to present one her films. This time, Love And… by director Zhang Lu, which will close the festival, with both in attendance.

You can already download the detailed programme of the festival, which will take place from November 2nd to 10th.