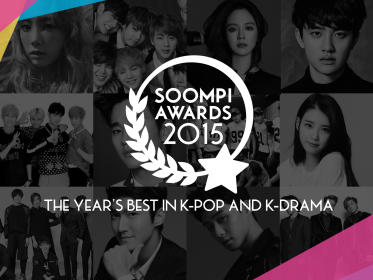 Votes for this year’s Soompi awards came to a close and results have now been revealed. Between 21 December 2015 and 7 January 2016, 40 million votes have been submitted by fans from 139 countries, from Finland to Ghana passing by Qatar – a 70% increase on last year.

The Soompi awards aim to celebrate the best in Korean entertainment releases of the past year, in particular music and television dramas.

In the Kdrama categories, the top winners are Kim Soo-hyun for Actor of the Year, Song Ji-hyo for Actress of the Year, and She Was Pretty for Drama of the Year. Choi Siwon was also elected as the Best Idol Actor of the Year. A Special Award was also attributed to Group 8 for their contribution to Hallyu with their hit Boys Over Flowers. The production company is behind other popular Kdramas such as Tomorrow’s Cantabile, Playful Kiss and Goong.

Soompi also concocted an exciting video to reveal the winners with Topp Dogg being the MCs for this year’s announcement:

Meanwhile, as for our very own Daehan Drama Awards, we have decided to exceptionally extend the voting deadline to Sunday April 4th. So please take this opportunity to cast your vote if you haven’t done yet. We are already excited that some of the nominees have agreed to record a video to thank you for your votes!

For the full results of the Soompi Awards, see below: