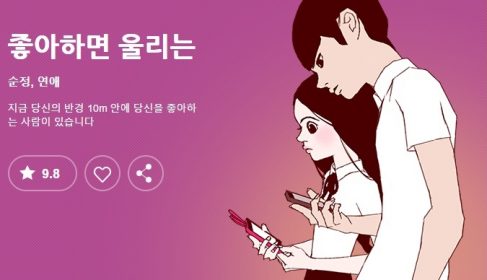 Indeed, the global VOD platform will be financing Love Alarm, a 12-episode series based on popular webtoon by Kye Young-chon (Unplugged Boy, Audition, Girl in Heels, Beautiful Man), famous for her ‘unique take on the romance genre’. Production will be taken care by Lee Jae-moon’s new company Hidden Sequence, who was also behind Signal (tvN, 2016) and Misaeng (tvN, 2014).

Love Alarm tells the story of ‘an unknown developer releasing an app that will tell the user if someone within 10 meters has romantic feelings for them, which greatly disrupts society.’

Meanwhile, if your Korean is up to speed, you can read the webtoon on Daum’s Webtoon website.