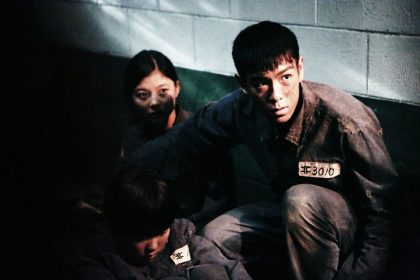 An engaging espionage movie that combines all the best of the genre, thumbs up on emotionality and yet remains relatively predictable…

Commitment originated from the same company that produced 2013 box office hit Secretly, Greatly. Both films follow almost the same background storyline. Circumstances are different but the backbone is the same. Indeed, both stories rely on the fact their lead characters are sent as spy to South Korea as to prove their worth to the nation and have to go undercover in a South Korean high school. Both characters are to be made national heroes, but a change in leadership makes them the next targets to be eliminated.

The underlying motives differ – in Secretly, Greatly he wants to prove himself, while in Commitment he does it only to protect his sister and get her out. The overall atmosphere of both films as well: Secretly, Greatly is definitely skewed towards comedy with quirky acting by Kim Soo-hyun, while Commitment is clearly an action drama.

Although the rising tensions with North Korea are a steady source of inspiration for Korean writers, it is very surprising that Showbox bet on releasing two movies so similar in theme in only six months (Secretly Greatly was released in June 2013, Commitment in November). In the light of a completely new director, Park Hong-soo, the choice makes sense however as to balance the risk.

Another choice that was made to guarantee a satisfying Korean box office was casting the K-pop idol Choi Seung-hyun also known as T.O.P. – the lead singer of K-pop band BIG BANG, which sold out the Wembley Arena on December 14, 2012. Interestingly, Choi had previously performed in similarly themed popular spy series IRIS and other action movie 71: Into Fire. Although his acting is not perfect, he definitely has the skills to bring his complex character to life and make us feel for him. It definitely shows on screen as he makes a really likeable, multi-layer character which however maybe lacks a bit of development in terms of how he got such great martial arts skills (we all know where he got those, but still). T.O.P. is also paired with an increasingly popular actress Han Ye-rin, who rose to fame with historical sports drama As One and will appear in the new Choi Min-sik starrer Kundo: Age of the Rampant, to be also released by Showbox on July 23. Han’s character is interestingly deep, showing both a sensitive nature and a tough skin attitude that somehow mirrors Choi’s character well. Han’s masculine nature comes across even in the more “feminine” and “weak” moments of her character depiction. Her range of emotions is however well displayed from a submissive introvert schoolgirl to a confident and adventurous tomboy. The chemistry between Choi’s character and his sister (Kim You-jung) is a bit off, but still manages to provide us with some very touching moments. Although all these actors are well respected in Korea, it is difficult to say whether – except for perhaps T.O.P. – they will be of much support in reaching the traditional audience of this kind of film (young male). In any case, I was very positively surprised by the acting performances overall.

This may be director Park’s debut, but he has plenty of experience as an assistant director, previously working on three movies by director Jang-Hoon: The Front Line (2011, submitted for nomination for Academy Award Best Foreign Language Film), Secret Reunion (2010), and Kim Ki-duk-produced Rough Cut (2008). Park made his debut as assistant director on Kim Ki-duk-written Beautiful (2008). In Commitment, we could feel both influences, from Kim and Jang, in his direction. Although the sadistic and crudely real writing so typical of Kim is slightly present, the skilful action direction he picked up from working with Jang Hoon is clear.

In terms of story, the film provides an interesting insight on the political dynamics in North Korea with the power shift occurring before and after Kim Jong-il’s death, and balances that serious topic with the more entertaining one of high school life. The multi-layer storyline keeps us on the edge of our seats until the end. However, by following familiar narrative dynamics, the film lacks of true element of surprise. The music for the soundtrack, filled with beautiful ballads, however clearly skews the story towards emotionality and enhances the audience’s connection with the characters.

Overall, Commitment proves a solid first feature for Park Hong-soo, packed with action, fast-paced storyline and emotional moments. We can only look forward to his next film.

Commitment is screened as part of the Terracotta Far East Film Festival 2014. No distributor has been announced yet for the UK.

Note: this review was initially published on EasternKicks.com 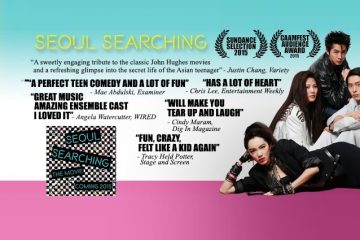 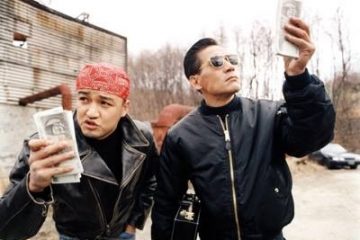