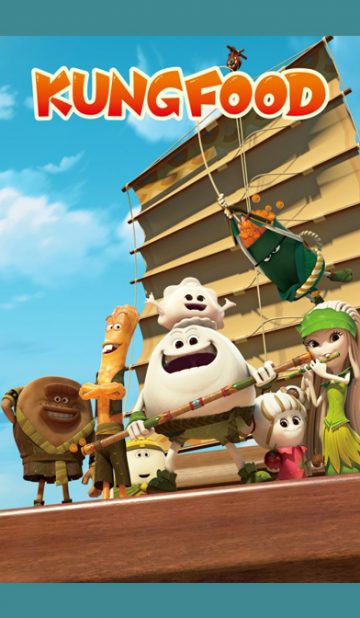 Kung Food is an adventure story which follows the foods from all over the world. Initiated in Ancient Eastern China, the traditional Chinese food sails with the traditional Japanese food to all over the world. The series spans all 5 continents, encompassing numerous cultures and foods. As the audience follows the funny and intrepid adventures of our food ingredients, they learn about their specifities and most suited environments. All of the foods originate from goddess Nv Wa, with their recipe well kept in a remote island named Flour Village, where all villagers are made of food. Clan elder of Steamer Religion Master Mantou-Bun and his three naughty apprentices named Forsea (mantou), Bao (steam bun) and Roli (steamed twisted roll) live there. At a grand ceremony, all Nv-Wa recipes were destroyed by accident. In order to rewrite them, our group, led by Landlubber Captain Forsea (steam bun), set on their streamer on an adventure journey around the world. On their journey, they meet the other four Chinese traditional foods: dumplings-Dodo, noodle-Choy, fried bread stick-Twi, clay oven rolls-Kui and one Sushi-Salmon. They go to different countries, experience different culture, encounter evils, make new friends, and collect new recipes. Wherever they sail, they have to use their wisdom and Kungfu to defeat bandits and pirates, but also help local people overcome the risks and dangers, while spreading their culture, friendship and peaceful mind. 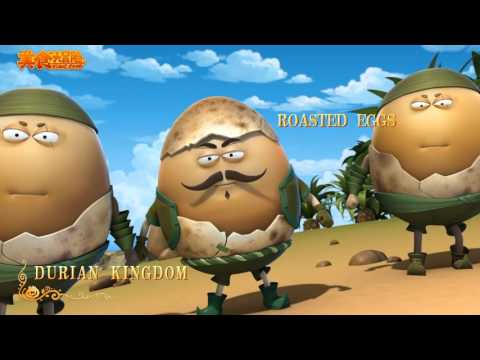